How To Become A Human Trafficking Advocate

We attended the 10th anniversary of the UN Women USA Los Angeles chapter at t Rita House in Los Angeles. A panel of incredible women changemakers discusses the reality of Human Trafficking. 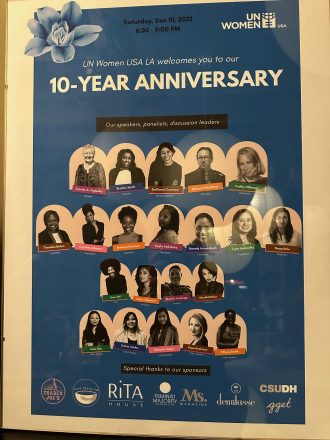 Human trafficking is a global crisis. It is on the rise and estimated annual global profits of $150 billion. It usually targets vulnerable people. Transgender non-binary are trafficked at a higher level. 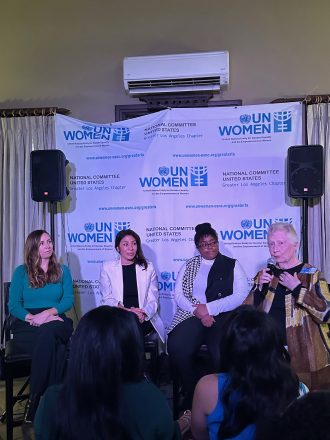 What Can We Do? Become A Human Trafficking Advocate

* So, what can we do? Emiliana Guereca, the founder of Women’s March Foundation and Women’s March Action and a Latina social entrepreneur, said,” Run for a political leadership position! It takes about 7 times for a woman to be asked to run before she considers running” compared to 0 times for men.
* Educate yourself on signs of human trafficking.
If you suspect someone is in potential danger of human trafficking, call the 24-hour National Human Trafficking Hotline (1-888-373-7888). Speak up and spread the word. Save someone’s life. If they don’t answer, contact 911. Be resilient. Often, you might not be heard the first time.
* Expand Women’s Sports Advocacy and put pressure on the Olympics Committee and cities organizing big events to create prevention and educational campaigns. Learn more on Sports Integrity Global Alliances.
* Bring men to the conversation. Too often, these conversations only take place between women, but we need to enroll men to make the biggest difference. Ask your company to provide training on the topic for everyone.
Special speakers: Brooke Scott, Carole Oglesby, Christina Klepin, Cynthia Johnson, Tinnisha Hutchinson-Nolan, Kayla Salisbury, Brandy Jones-Breth, Shruthi Mathur and Brianna Michelle.